supporting political participation of young people all over Europe and beyond!

About Shining Stars of Europe III

Under the motto, ‘Shape Our Future, Have Your Say!’, SSE III invited young people from all over the planet to present new ways for political participation in a short video clip of 90 seconds.

In particular, we would like to thank the Information Office of the European Parliament in Luxembourg for actively supporting the development of our Teaser clip for this third edition.

Third prize: ‘Think about the citizens‘ by Andreea Melinescu (video project money of 1 000 €)

View All Video Contributions of Shining Stars of Europe III 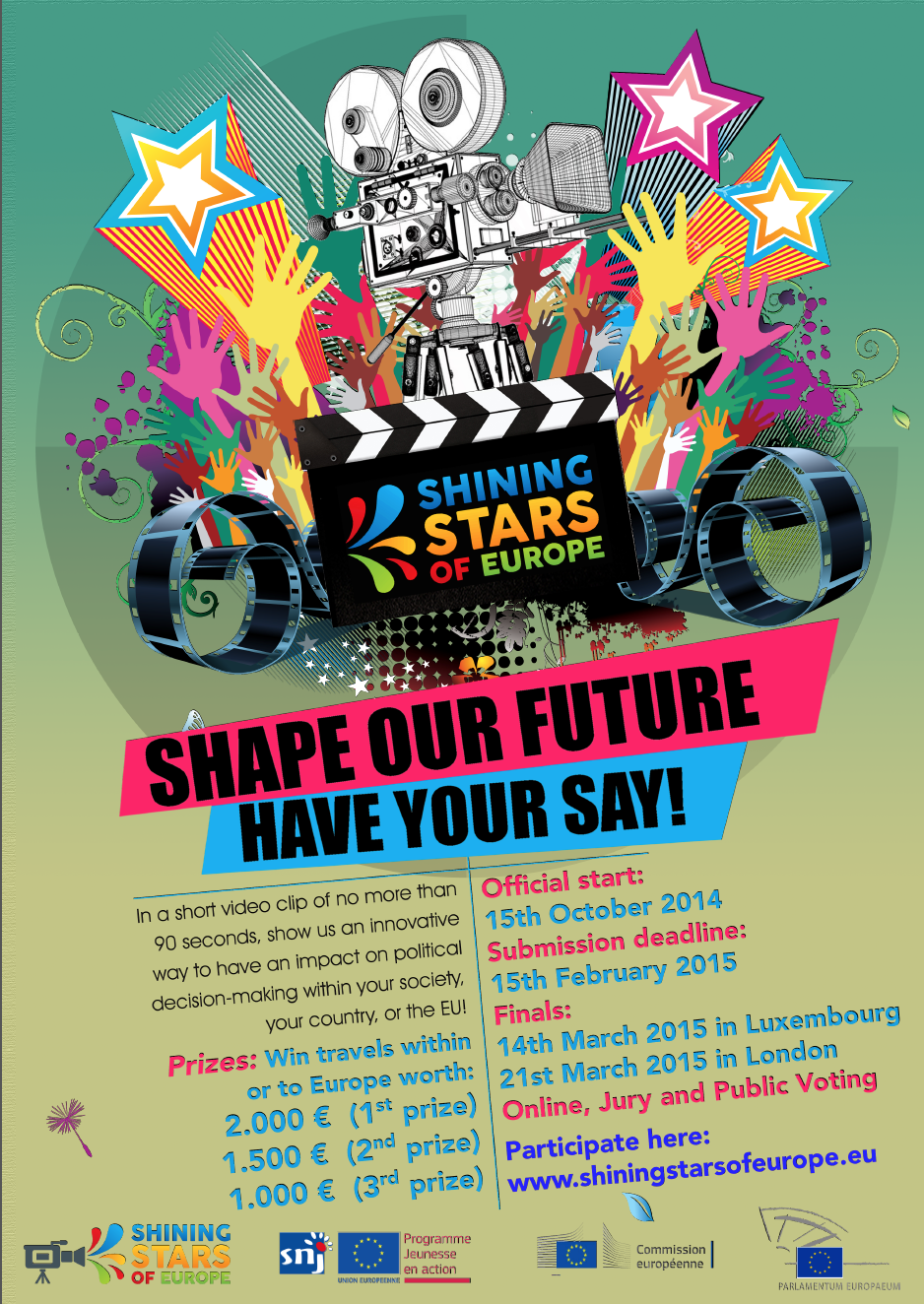 Finalists of the 3rd edition