About Shining Stars of Europe II

Many thanks to all participants who made SHINING STARS OF EUROPE II a great success! Your contributions will help to shape the future of Europe in a very positive way!

All prizes also included a travel in Europe to present your wish to European decision makers. In this respect, a maximum of 450 € could be reimbursed for travel and hotel costs as well as daily allowances.

And the winners are…

View All Video Contributions of Shining Stars of Europe II 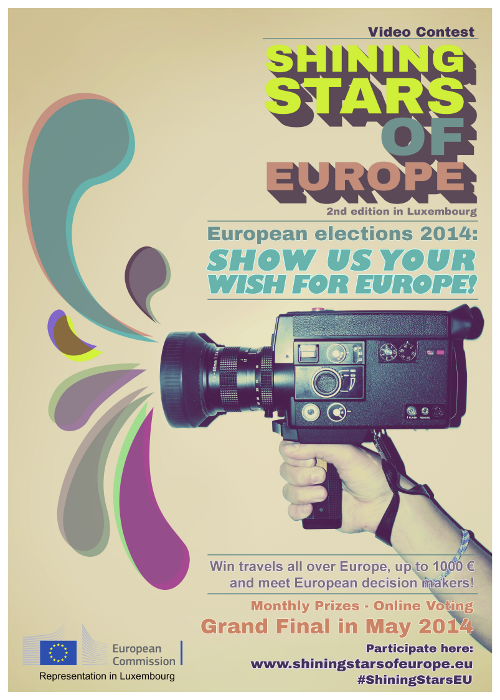