A Tale of a Trip by Amanda Gielen

When I had to make the choice of which European city to visit, I picked Rome without the shadow of a doubt. I had been to Italy a few times as a child, and though I don’t remember much of my stays, the few memories I do have are fond to me. I couldn’t wait to go.

I went only two weeks after I got home from a much longer trip to Nicaragua, where I volunteered for a month and a half. Coming home after such an experience felt a bit anticlimactic, and I still very much had the travel jitters. So a weekend away before having to focus on my studies again was very much welcomed.

The weekend I spent in Rome was lovely. The long walks I took in the city made me feel like I was strolling around an open air museum. The magnificence of even the simplest, smallest buildings imprinted itself in me.

There, I met a group of students, from Italy and abroad, who were doing a two-week architectural workshop in this beautiful city. It is with that smart, clever, joyful band that I spent most of my time.

Intrigued by what they might think of it, I showed them the video I made along with my friend David Guardo, for the Shining Stars of Europe contest. Our video revolved around the theme of Youth Unemployment, and asked the one question that many of us are asking ourselves, “And Now What?”

Our conversation was cheerful, happy, yet strangely deep. Fairly superficial at first but, great Italian wines helping, people started sharing more and more. All of them have studied, some for a very long time, yet all have known – or currently know – rough patches of inactivity, or know someone that is hit by it hard. Stories were shared.

“I studied a total of 7 years, but can’t find a job right now. So I’m doing this workshop just to keep busy.”

“They all tell me I’m overqualified.”

“My friend is a waitress, to pay the bills. It was supposed to be temporary, it’s been 4 years now.”

“My brother… Oh man, I don’t know. I just hope he finds something quickly.”

Unfortunately we’re nothing special. In 2014, youth unemployment was at 23% in the European Union – and all the way up to 50% for countries like Spain. Something we didn’t think of at the time though, and that was unearthed in the conversation I had with the workshop students, was underemployment. Opinions were quite divergent on it: some thought is was worse than doing nothing and that it felt like throwing all kinds of potentials down the drain, while others thought more along the lines of “a job is a job”.

I have to admit that when I was asked to show our video to people and start a discussion about it, I didn’t immediately see the point. I see now, however, that the video would’ve been incomplete without it. The whole point of it was to start a conversation – a meaningful one. We talked about issues that concern us and so many others in an open-hearted, down to earth way. And in these times of instant communication and 140 character news, it was nice to sit back for a night, share, and find crazy solutions to very real problems.

And all of that in Rome. 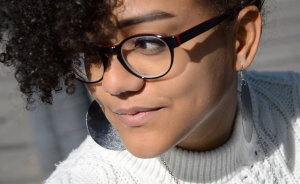